To help students, liberals must confront this failure 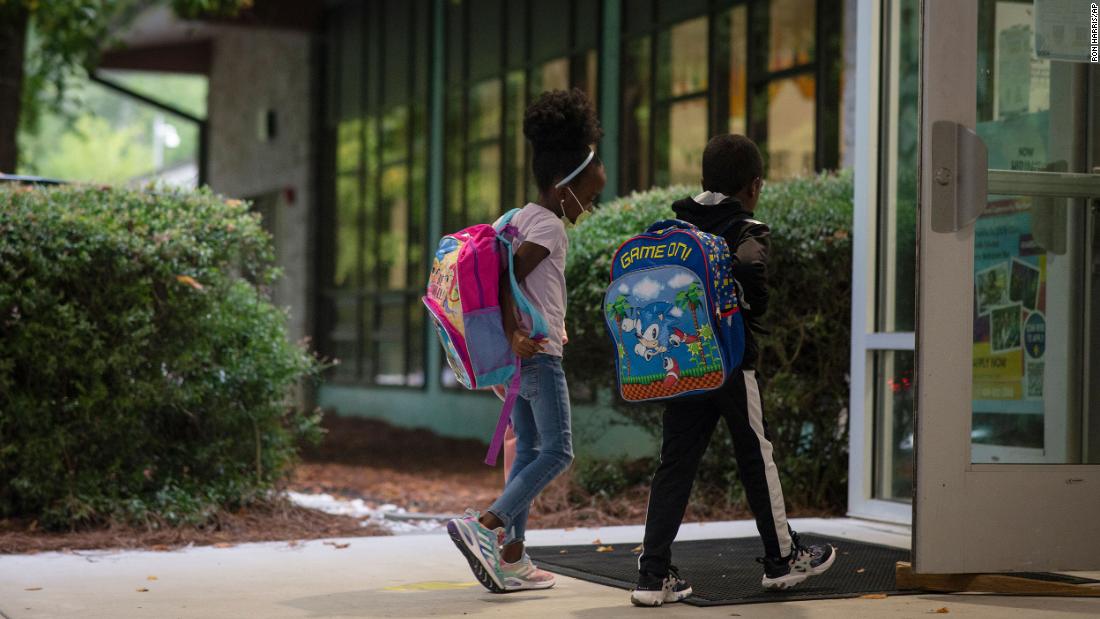 This should make the progressive-minded among us who supported school closures pause and ask ourselves if we got this one right — and what we could learn from this whole debacle.

Test scores, of course, are not everything; they are not the only or even a particularly good marker of a student’s achievement, and they certainly do not reflect a student’s intelligence or academic potential. But in the aggregate, they can be useful measures of what students are learning and how they’re doing.

And in the US, they are not doing well.

Shutting down schools in the spring of 2020 made sense. Covid-19 was a new disease, and we initially knew precious little about who might be particularly vulnerable, and how it might impact children.

But by the fall of 2020, when we knew much more, the US remained a global outlier in keeping schools shuttered, particularly for the youngest students who were at very low risk of serious illness from Covid-19 and were the least able to learn remotely. Many European countries sent children back to the classroom and found that even short school closures were remarkably disruptive and resulted in significant academic and social-emotional setbacks. In the US, our closures extended for much longer, and it seems our setbacks may be far worse.
Compounding the problem is the fact that America is unique among wealthy industrialized nations in our lack of a safety net. The Trump and Biden administrations offered Americans much-needed financial relief, but, overwhelmingly, the backup plan when the nation fell apart was Mom: That’s who was largely in charge of remote schooling and childcare, in addition to working for pay. Students who didn’t have the privilege of a parent who could make their at-home education a second full-time job — or who couldn’t pay privately for someone else to take over — wound up largely unmoored. Adults with longer attention spans and fully formed brains struggled to stay engaged through endless Zoom calls. Imagine trying to learn algebra by Zoom, when you could just as easily scroll through TikTok videos instead?
Unsurprisingly, the students whose schools were remote for the longest periods — disproportionately Black and Hispanic students, in part because those students are more likely to be enrolled in the urban school districts that kept up remote learning far longer than their rural and suburban counterparts — experienced the most significant learning losses. This is one of the many ways in which the pandemic response has further cleaved apart already-sprawling inequities.

Students from wealthier families and those living in wealthier communities, who are disproportionately White, were not only more likely to spend more time in the classroom over the last two years than low-income students and students of color, but also had greater access to private learning pods, private schools and private tutors — not to mention parents who, even if they were overworked, were more likely to be college-educated and working at home as the pandemic raged on. That constellation of privilege, which already confers so many benefits, exploded into supernova status during the 2020 and 2021 school years.

It did not have to be this way. And while we can’t turn back time, and while the partisan finger-pointing that is already in full effect isn’t particularly helpful, progressives can look squarely at the harms that came from our own policies and ask ourselves what we can learn and how we might ameliorate some of these ill effects.

School shutdowns, of course, did not happen simply because liberals are overly cautious. More than a million Americans have died of Covid-19, and serious illness and death weighed more heavily on Black communities and on the poor. School closures weren’t just about preventing kids from getting sick; they were about trying to prevent kids from bringing Covid-19 home to their parents, grandparents, friends and neighbors. And there is some evidence that school closures are effective in preventing the spread of Covid-19.

But most benefits come with costs, and part of crafting effective public policy is weighing them.

The costs of school closures weren’t just student learning losses. They included a mass exodus of women from the workforce, setting many of those women back financially and consigning many of them to an impoverished future. They included Black students who, according to a McKinsey analysis from last year, stand to lose $2,186 every year over 40 years in the labor force — compared to $1,348 per year for White students.

Plus, there’s this: Americans who don’t complete high school have worse outcomes across a variety of measures than those who do. Fewer high school graduates means more citizens who are in worse health and are more likely to be chronically ill, die younger — and go on to raise children who face similar challenges. So this latest data doesn’t just bode poorly for today’s 9-year-olds; it is a dark cloud looming over future generations.
Unfortunately, too many progressives who otherwise espouse the value of education have been quick to brush off learning losses as insignificant, and the dearth of pandemic-era in-school education as simply “different learning experiences.” Whatever one’s view on the wisdom of school shutdowns during Covid — and people can certainly have good-faith disagreements about when and why and for how long shutdowns were appropriate — it is a dereliction of adult responsibility to suggest that the impact of the shutdowns is no biggie.

The question now is twofold: What can we learn from the past, and how can we move toward a better future for the students we have so badly let down?

The first step for progressives must be acknowledging that there is indeed a problem, even if some believe it was borne of necessity. And the next step is to seize the narrative from the Republicans who have grasped it, overwhelmingly to their benefit, to argue that liberals are eager to alternately indoctrinate your children or shut their schools down.
Democrats need to respond with their own clear message: That education is a right, and is among one of the most formative and valuable tools we give our children; that American kids are really suffering academically (not to mention socially and emotionally); and that the focus must be on righting the ship — and not on banning books and shutting down student newspapers.

Liberals can win on education. But we have to get in the fight. And to do that, we must first admit that improving our nation’s badly damaged educational outcomes is a battle worth fighting.

BRIAN KILMEADE: The what-about-isms between Biden and Trump

BRIAN KILMEADE: The what-about-isms between Biden and Trump

No. 9 Oklahoma State gets revenge on No. 16 Baylor in Big 12 title rematch