Lara Trump sounds off on AOC dancing as protesters chant for her ouster: ‘She forgot about her constituents’ 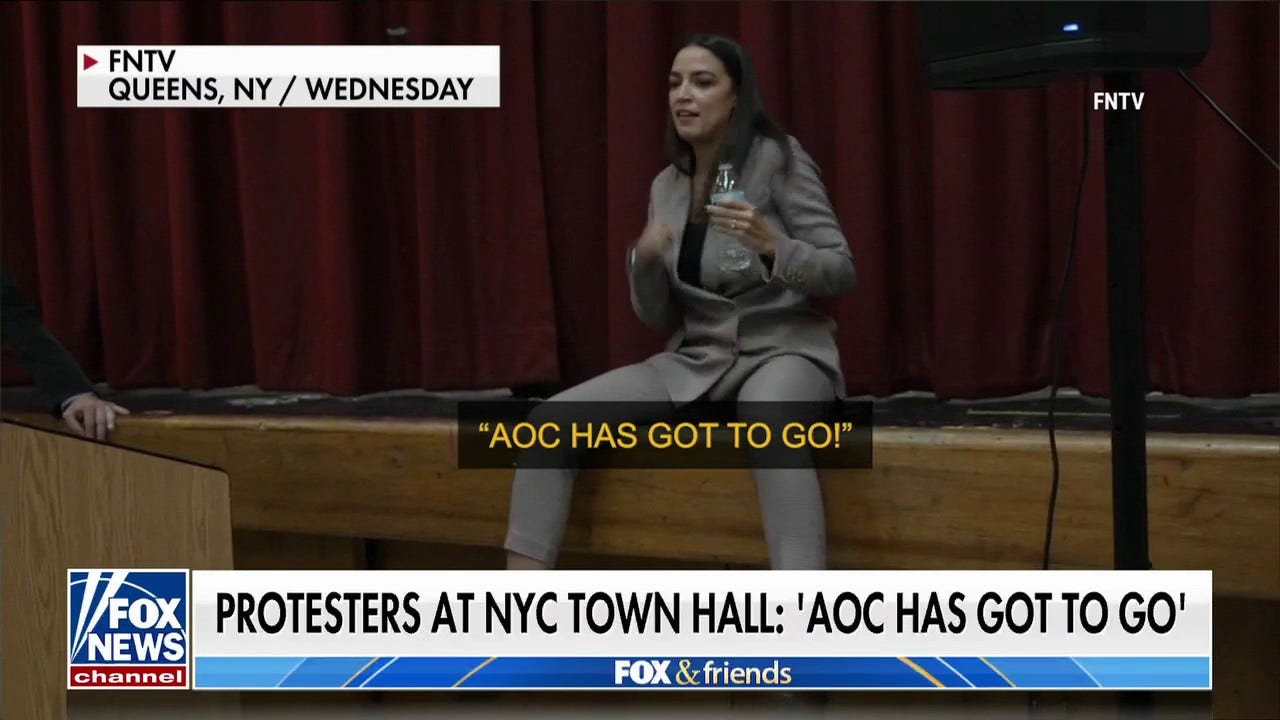 Fox News contributor Lara Trump blasted Rep. Alexandria Ocasio-Cortez over her response to frustrated constituents protesting at her town hall. On “Fox & Friends” Friday, Trump argued the New York Democrat’s behavior showed no concern for the people she represents, advising voters to take their opinions to the polls.

AOC BLASTED ON TWITTER FOR DANCING AT HECKLERS: ‘SHE’S MOCKING HER CONSTITUENTS’

LARA TRUMP: There are so many people who have actually realized how bad some of AOC’s policies have been for them in District 14 in New York. And she is truly the typical politician. This is a person who got elected, went to Washington, D.C., forgot about her constituents back home. And I think a lot of people are very upset with that. You look at some of the policies that AOC has supported or causes that she has championed. Don’t forget, this is an area of New York that is riddled with crime. Crime is overrunning the streets of New York. And yet AOC was a champion and continues to champion defunding the police. We know that her push for the Green New Deal and everything green, combined with her support for these massive, exorbitant spending bills is one of the reasons that we have incredibly high inflation in America. It’s hurting all of us across the country. I think the people in her district are no different and they are feeling the impact of that.

Don’t forget, AOC ran out Amazon from New York that was going to bring around 30,000 jobs to the area. And so I think there’s a whole plethora of issues that people have with AOC. But she clearly feels like she has nothing to be worried about. She is not concerned that people in her own district and her constituents are frustrated with her because she feels she is a shoo-in, that she will win this election no matter what happens. And the truth is, that does not have to be the case. This District 14, typically only 37% of people show up and vote in the midterm elections. So if you live in this district and you want to vote AOC out and vote Tina Forte, her opponent, in, get out and vote on November 8th. This does not have to be your representative anymore if you get out and vote.