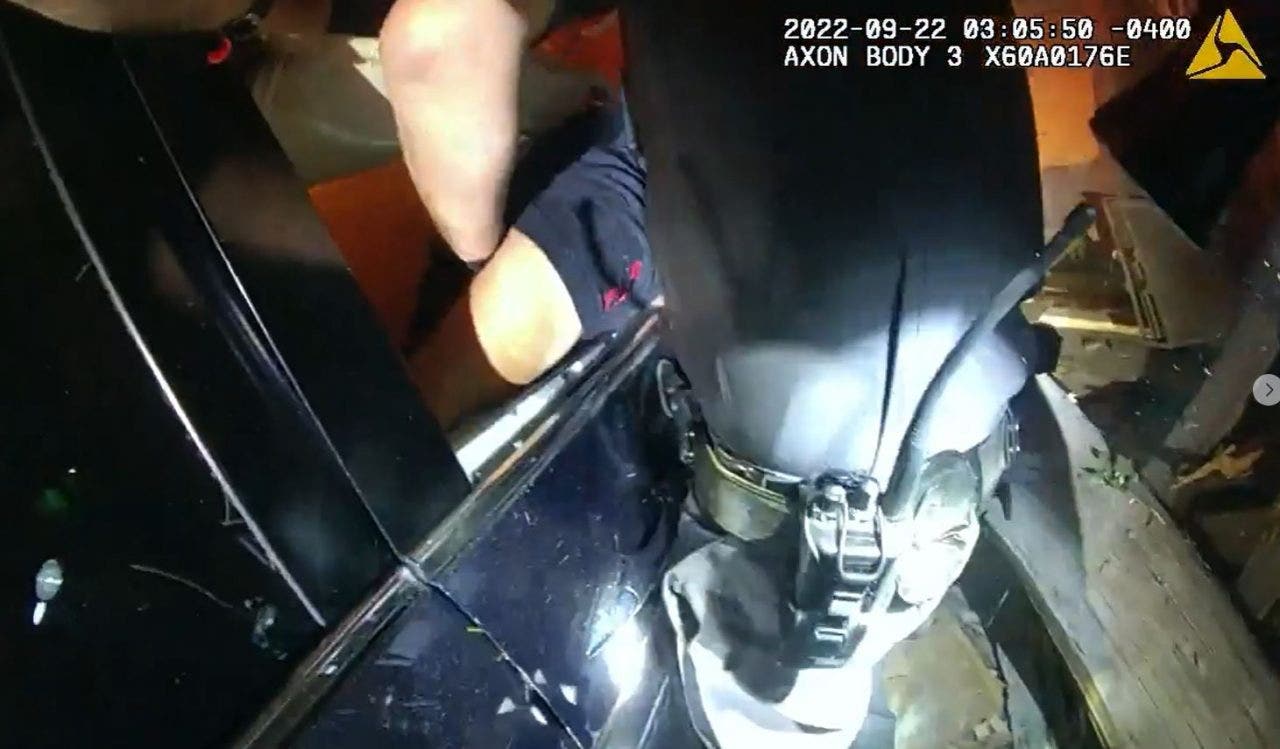 NYSP said troopers Michael Winkelman and James Flynn-Kocourek were on Middlebush Road in the town of Wappinger when they heard a crash around 3:26 a.m. on Sept. 22.

The troopers patrolled to State Route 9D to investigate the sound and found a 2007 Honda Odyssey crashed into a barn and in flames. The fire quickly spread from the van to the barn.

State police said Winkelman and Flynn-Kocourek initially tried to extinguish the fire, but had to change gears to move the unresponsive 17-year-old driver to safety.

In the video, one of the troopers can be seen pulling the teenager out of the car through the passenger side window and away from the burning vehicle.

The driver was transported to Mid-Hudson Regional Hospital with non-life threatening injuries and was later arrested for driving while intoxicated.

“As the video shows, their decisive actions likely prevented a tragedy,” NYSP said on social media.

State Route 9D was closed for approximately 12 hours as multiple fire departments battled the large blaze, which completely destroyed the barn and a nearby utility pole.

A firefighter is seen battling a large fire at a barn in Wappinger, N.Y. after a 17-year-old driver crashed into the building, causing it to erupt into flames.
(New York State Police)